They're Growing Up Fast 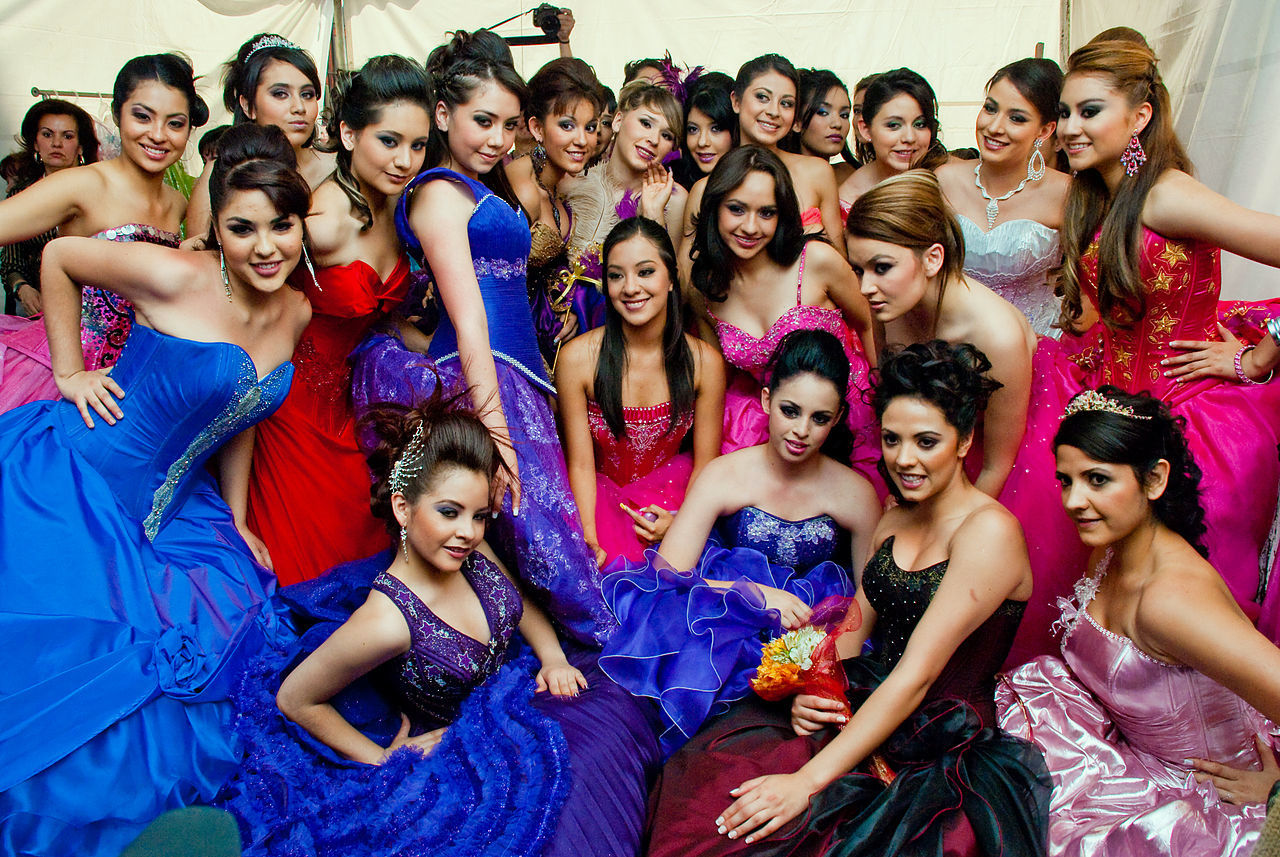 I tell you I really don’t know where the time goes sometimes. For background: I am a bit of a late bloomer. So it took some time for us to start a family. Not that we didn’t want to, but things were prioritized differently in those years. Sure, I could have great-grandchildren right now, but do I need them? The answer is no. But I do have a great-niece, she is the most precious thing, she celebrated her birthday earlier this month. She had a big party, her parents (my nephew is her father and practically like a son to me) pulled all stops, well as many as you can pull with the current restrictions in place. But we have all been vaccinated for the most part. (The husband and I have been vaccinated twice, yes we’re in that group that got it relatively early.)

Her best friend was naturally there, it would be cruel to have a party with out your friends, she is such a sweet young woman. I say woman because they grow up so fast. She turned fifteen a few days ago. She celebrated her mis quince (I think that is how it is spelled, if not I apologize, alright I looked it up, it was right). As you know turning fifteen is a big deal, the Quinceanera is sort of like our sweet sixteen I was told at the celebration. This was the first time I was to one so I had no idea what to expect. Actually it was strange being included in it. It went like this: My nephew asked me if I could take his daughter as he was busy. Naturally I agreed. When we got there it was still early as my niece was supposed to help her friend and I was going to leave and pick her up when it was over. But the girl’s mother was so nice we got into a conversation and I offered to help get things finished before the party started. One thing lead to another and I was there for the duration of the party. Needless to say it was fun. I was tired when we left but my niece was thrilled that I was there. Honestly it was a bit of a surprise, my sons wouldn’t have wanted me anywhere near their friends’ birthday parties. My daughter accepted it but that is the difference to boys and girls, I guess.

When I got home my husband asked where I had been, should have sent him a text, but was glad I didn’t have a flat tire or something similar.

Honestly it was a little bit of a cultural exchange, at least I learned something. For example there was going to be a portion of the celebration at their church, unfortunately their pastor was sick. I heard one of the women say that he is very active in the community, which with the current situation is understandable, when we have a lot of contact on a daily basis it is easy. Later that day the honoree (not sure what they are called) gave away a doll to one of her younger cousins. This I gathered was special in that it signified coming of age, putting away childish things, and so forth. There was a lot of food, music and dance. I went over everything that happened at the party and tried to find answers to the questions I had. There are some resources for the celebration, planning, etc, which clarified some of the questions I had about the Quinceanera. One thing that I realized while I was looking around online was they they seem to be an even bigger deal. Some site, I can’t find it now right offhand purported that they can go into the tens of thousands of dollars to host. That struck me as excessive. But as with everything else in our lives, bigger seems to relate to better. Not that I am of that opinion by the way. If I had to guess I would say that my niece’s friend’s party cost no more than five hundred dollars. Her mother and aunts provided all of the food and her father set up the festivities in his shop. It was one of those big out buildings that you can easily fit quite a few people in and he hopped up the big sliding doors so it was comfortable.

I was tired when I dropped my nice off at home in the afternoon.

Oddly enough, I am invited to the girl’s birthday next year. And I have been requested to help with planning my niece’s (OK, great-niece) party next year. It will be a sweet sixteen, and I think that she wants me to use some of what I saw to help her make it a big event. My nephew and his wife will be thrilled! I guess my parents were lucky that I never wanted one. ;-)